Skip to Main Content
Your Health Healthspan vs Lifespan: Which One is More Important? 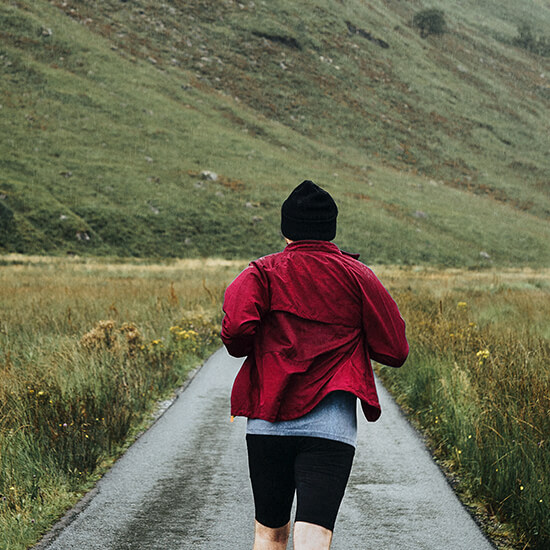 Healthspan vs Lifespan: Which One is More Important?

By Dr. Martica Heaner, PhD
September 30, 2020 • 7 min read
What is the difference between lifespan and healthspan? And how are the two intertwined? Here’s how you can add more healthy years.

Old. There are two ways to get there. The most common path is a gradual decline in strength and agility, peppered with the acquisition of a number of age-related conditions. Think gout or arthritis that stifles easy movement, along with hypertension, out-of-whack cholesterol levels, type 2 diabetes, and memory lapses that turn into dementia, and more. The person who follows this path may end up using a walker or wheelchair and will have a handful — or two — of daily medications to treat their health issues. Their may long, but it will be characterized by a slow deterioration. Or, an acute event, like stroke or heart attack, could end things quickly. In either case, is short because health issues hamper the freedom, independence and vigor we associate with feeling young and living well.

The other road, less travelled, is the path to healthy aging. This is the kind of old age where you’re enjoying your life till the last minute. Hopefully your lifespan is extended but, more importantly, your healthspan is — allowing you to keep working if you want to, travel if that’s your thing, and stay active — enjoying hikes, bike rides or Zumba classes. You’re able to focus on hobbies and have the energy to spend time with family, even helping out by caring for the grandkids.

A big chunk of the US population is growing old. So, one of these two paths is destined to become your reality.

Babyboomers — people born between 1946 and 1964 who comprise the second largest age group after the millennials — and over 60 percent of them are in their 60s and beyond. There are an estimated 73 million of them, according to the US Census.1 And the future looks like this: There will be more old people than there are young people. This is because, as the babyboomers mature along with their kids, the millennials (the largest age group), there will be a demographic shift. The number of adults over the age of 65 is expected to outnumber the number of children for the first time ever by the year 2060, according to the Population Reference Bureau.2

The fundamental ways in which our cells work are now being examined to understand how we might slow, stop, or even reverse the aging process

WHAT IS A PERSON’S LIFESPAN?

Although there has been a slight dip in life expectancy over the last couple of years, an adult’s average lifespan has been increasing since the 1950s and beyond.3 So there will be a very large older population. How old?

There are several ways to assess longevity. Estimates of a person’s lifespan are determined using statistical risk assessments based on death-rate data for people born during certain years. According to the Centers for Disease Control and Prevention (CDC), life expectancy for the average young person who was born in 2017 is 78.6 years, on average. But statistics assessing older people who have already survived to reach certain ages generate other predictions: A person who is 65 years today can expect to live to about 84 years old, although gender and ethnicity can play a role. Women tend to live longer. But, life expectancy is lower for the black and Hispanic populations due to their higher rates of chronic diseases like type 2 diabetes and heart disease.4 Still, for the growing aging population, living into one’s 80s, and even 90s, is not uncommon.

For some people this is not necessarily welcome news. A survey published in the journal Frontiers in Genetics surveyed 1,000 adults and found that the majority (65.3 percent) only wanted to live to 85 years old — not longer. Why was there a lack of enthusiasm for the golden years? Extended life was seen as an extended period of frailty, both mentally and physically, noted the Stanford University researchers.5

But life doesn’t have to end that way. One’s lifespan can be enhanced by both years and quality if healthspan, or the number of years spent in good health, is optimized.

HOW IS HEALTHSPAN MEASURED?

Public health researchers, governments and decision-makers investing in healthcare use a variety of metrics to gauge population health to capture the degree of the burden of disease and to assess how health in communities may change over time.6 Healthy Life Expectancy, also known as , is an indicator used by the World Health Organization and other researchers who want to quantify quality of life in populations. The statistic factors in disability with health status to determine the number of years one can expect to live in good health.7 Poor health may or may not affect life expectancy, but it can shave years of healthy life off of our healthspan.

Even though we are living longer, we’re lagging when it comes to living healthier longer. One study published in The Lancet found that, globally, life expectancy at birth increased by 7.4 years between 1990 to 2017. But, in most countries assessed in the analysis, the increase in HALE was smaller than increases in overall life expectancy. The result was more years spent in poor health.8 Another study in The Lancet looked at 187 countries and found that as life expectancy has increased, the number of years lost to disability has increased, too.9

HOW DO YOU IMPROVE HEALTHSPAN?

Giving yourself more healthy years so you can flourish in the last decades of your life boils down to doing what it takes to prevent chronic disease and to manage health conditions you may already have. While aging itself is a risk factor for debilitating conditions like cardiovascular disease, cancer, chronic respiratory illness, musculoskeletal diseases and neurological and cognitive disorders, your behaviors, no matter what your age, play a powerful role in ameliorating much of your risk.10 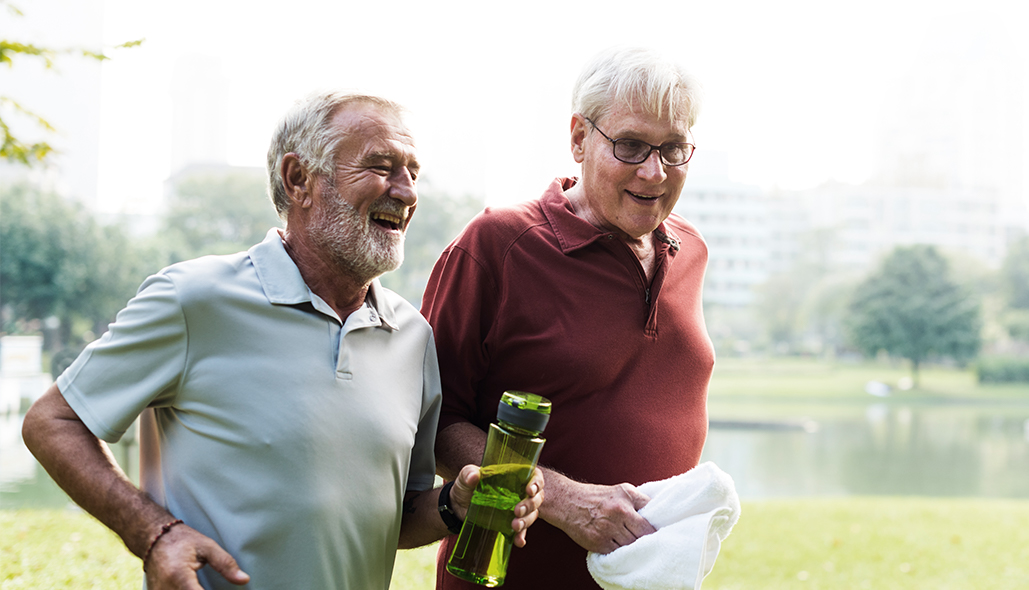 Research on lifestyle modifications have shown how powerful changing your habits from risky to rewarding can be. If you smoke and quit, you can reduce your risk of dying early by as much as 36 percent, no matter how old you are when you stop, according to a systematic review in the Journal of the American Medical Association.11 Walking, riding your bike or doing other types of workouts at even a moderate pace on a regular basis can decrease your risk of coronary heart disease, stroke, certain cancers, osteoporosis, type 2 diabetes, obesity and high blood pressure.

Being fit or active is associated with a 20 to 58% lower risk of heart disease, depending upon the type, amount and intensity of activity, and it’s never too late to start.12, 13 One study tracked 472 older men over a five-year period and found those who were sedentary but who became more active over the period saw a 44 percent reduction in the risk of early death compared to people who remained physically inactive.14

Eating whole plant foods like vegetables, fruits and legumes can increase your healthspan. A study in the International Journal of Epidemiology reviewed 95 studies that evaluated the relationship between fruit and vegetable intake and heart disease, cancer and mortality (early death.) The findings showed an inverse relationship: the more fruits and vegetables consumed, the lower the risk. The researchers project that if this association was causal, from five to eight million premature deaths worldwide could be attributed to eating fewer than 500 to 800 grams (around 2 to 4 cups or less) of fruits and vegetables.15 Another study published in The Lancet, followed over 135,000 people in 18 different countries and found that the more fruits, vegetables and legumes that participants ate, the lower their risk of heart disease, heart attacks and death from heart disease or any cause.16

TWEAKING HEALTHSPAN IN THE LAB

To complement these sorts of lifestyle behavior changes, scientists are discovering ways to manipulate, or even reverse, some of the common physiological processes involved with aging. In the not-to-distant future, there may be an arsenal of options available from dietary supplements to drugs designed to delay or prevent certain aspects of aging. “The research community is rapidly developing a proper understanding of the metabolic pathways involved in cellular aging,” explains , the CEO of Juvenescence, a biotech longevity company. “I believe that the next 10 years will advance our understanding of aging enough that we see some anti-aging drugs and treatments that might target inflammation, insulin resistance or proteins in the brain that can get distorted and cause neurodegenerative disease.” The future isn’t far away. You have the opportunity to seize it and make it what you want it to be.

Stay informed with our scientific views on healthy aging & longevity.

Welcome to your healthy aging community.